From our adventures in South America!

Late last month while on a family vacation to visit family in Bogota Colombia, we made arrangements to meet up and check out the First and currently only Cidery in Colombia!

We got quite a bit more than what we had expected once we got there and were welcomed in by two awesome guys, Daniel and Andres.

Typically id start off with a review of their cider, and if thats all you came for, you may want to scroll down to the bottom, tonight im going to start off with the Cidery and these two awesome guys.  Once you learn a little bit about their story you will understand how impressive Golden Lion is, and how exciting what they are doing is!

Starting out on our journey around Colombia I was shocked to find the selection was very slim, and im not speaking only about cider, beer, ipa’s, all of it, was in short demand and small selection.  It was either a Club Colombia or a Corona at most places, and trying to find a cider was near impossible.  We asked many bars, pubs, and liquor stores only to finally be handed a redds… which as we all know is not exactly a hard cider.  It was only after finally hooking up with Daniel and Andres that we learned of an Irish pub that had a couple ciders on hand.  For a guy whos not big on most brews outside of Cider it was a rough vacation staying dry in such a beautiful place.

Daniel and Andres are bringing Cider to an almost Ciderless country and I for one cannot wait to see their bottles on a shelf when we return in years to come.

Golden Lion is a small Cidery doing big things, breaking barriers and bringing home the apples!
Using ingredients only coming from South America they plan on keeping it in region and thats great starting out!
Starting out in December of 2014 its been a long time coming with plans to finally hit the market this month or next month, with all the regulations and being the first cidery to come about in this region they have been through alot, cut alot of tape, and uncovered many interesting and ridiculous rules governing Cider in the region.
Initially running into a short snag finding suppliers reliable enough and that could meet the needs it took several months finding a group of suppliers that fit the build.
Being the first Cidery and Cider makers to plant their roots in Colombia the INVIMA which governs all new food drink and medical products had no reference or experience in dealing with the production of Cider.  Due to the confusion of rights to actually produce cider in Colombia without infringing on rights of other cider makers in the world the process which should have taken 3 short weeks ended up being an 8 month ordeal, with help from a lawyer friend who over the 8 month en devour became an expert in beverage laws, they were able to convince them that they are able to legitimately make cider.

Cider in Colombia is classified as Cider but only under a wine category, which is held to a higher standard than brewing beer, as well as being taxed higher than normal alcohol.

Of course, I had to ask the guys if they plan on exporting to countries outside of south america once the cider begins to flow, their response was what I had expected as they are getting up and running now.
Currently examining the options of setting up similar ciderys in other Latin American countries and the option to export further.  But for the moment are staying focused on the successful launch of their first product in Colombia, as well as a couple new flavors such as Passion Fruit and Tropical Colombia Cider to represent Colombia!

We here at LoveThyCider and myself especially, wish these guys all the best on what is a great tasting hard cider, and what will surely be a great hit!
Now on to the cider!

Golden Lion hard cider brings something to the Colombian market that just does not exist, and it does it in such a good way.   Introducing Colombia to hard cider the right way and I love it.   I’m not just giving these guys a great review because they are a great set of guys, or being I fully support what they are doing by breaking the barrier and introducing something new.  I am raving about these guys because their cider is great.   I brought home a couple bottles and let some friends try it out, some very picky friends, one of them includes our own Ryan Turner, everyone has raved about it to me as well.  From the smell to the taste you know your in for a great hard cider with a carefully selected paring of apples to get the right taste.
When you introduce a new flavor to market such as hard cider its important to get it right, the right apples, the right amount of flavor and not to get too crazy with the sugar, otherwise you enter a hard soda.  Using ingredients found in South America it is understandable that this bottle has all the right mixings to make a splash in the big pond.

I can only really compare it to the Sour Green Apple produced by Cigar City, but without the Sour part.
From my experience with bringing growlers home and letting friends and family sample the sour green apple from Cigar City, and the reviews coming back ” I wish it wasnt sour” I was over the top in excitement of the flavor Golden Lion has come up with, I know it would be a hit back here in the US let alone in Colombia.  Daniel and Andres really nailed this one down right.  To tell you the truth, my mouth is watering and my taste buds are begging me to open up that last bottle now instead of waiting.

I have had a lot of cider, from many many places, I of course have my favorites, and then there are the ones I try to stay away from.
With that being said, Golden Lion Premium Cider is at the top, if you are ever in Bogota, look these guys up and drop them a line as you will not be disappointed.

Being a top cider for myself, their bottle will be going up on my bar top as a house favorite, and I look forward to visiting them again, as well as seeing their cider on the shelf not just in Colombia, but eventually *fingers crossed* here in the US.

So to conclude this review, I am going to give out my first 5 of 5.
Everything was right with this cider, the texture was smooth, it flowed great, the smell was pleasant and the taste was just spot on for a hard cider.

I am happy to have met these great guys while on my journey, and excited to be able to try something so good as Golden Lion.    Looking forward to coming back next year – Rob!
This makes me even more excited to continue my goal of trying every Cider I can before my end. 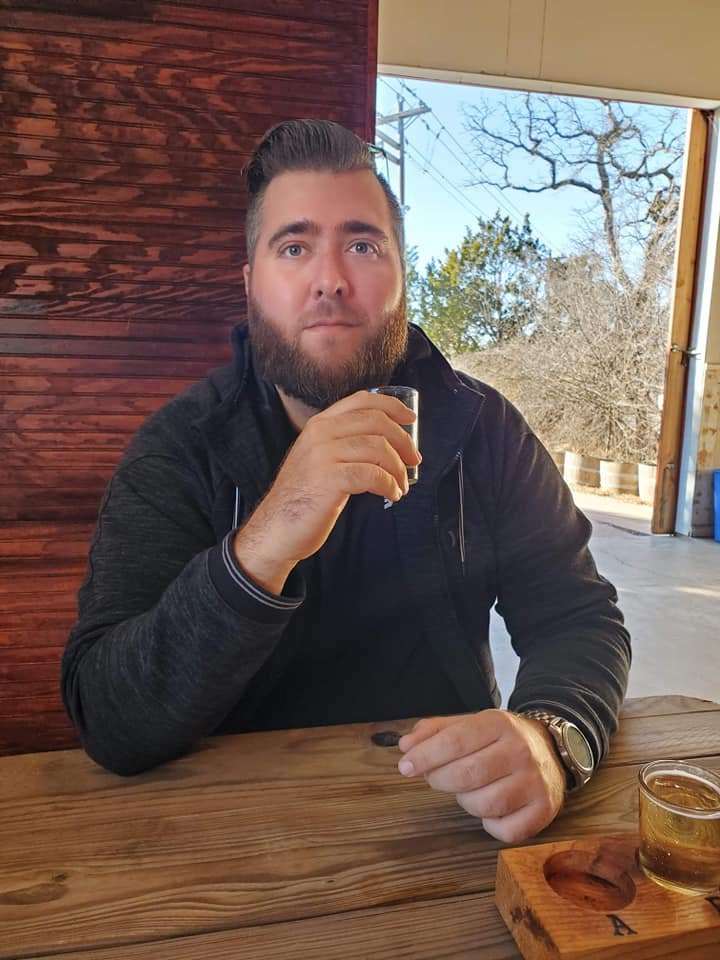